The first tragic loss in my life was Saul’s. We were both 12, and he was accidently shot by another child, a neighbor who found his mother’s gun and fired from a window. Saul’s family is very close to mine and his death has, ever since, become a part of our lives. Of who I am. I cannot separate myself from that girl who was told before school, one September morning, that her friend was killed. We are the same.

The second tragic loss I experienced was my cousin’s, Daniela. I was a sophomore in college and she was 15 when her younger brother found her in her bedroom, breathless from an accidental chloroform overdose. There are those that say her death was avoidable, but it makes no difference whose fault it was. She’s not here. And that is the all-encompassing truth.

The third tragic loss was Jorge’s, a good friend from college who died a couple of years after we graduated. He was in the advanced stages of Aids and did not know he was sick until two weeks prior to his death. He was harshly judged by many, but the truth is that he was a beautiful man. And beauty deserves no punishment.

The fourth one was tough. Roberta and I were both 27 when she committed suicide and took with her memories that only the two of us shared. She was my oldest friend. With her went a part of me that no one else knows, and I felt amputated. Abandoned. For a while, I hated her for having brought that amount of pain and incomprehension into my life. I will never fully understand her decision, but I know it prevented me from ignoring death, and also suicide. Her swift and violent departure became a layer of my skin. And not only can I not imagine myself without this experience, I don’t want to. It taught me that I don’t need to understand in order to accept it. This loss, apart from all others, has been the single most brutal, real and liberating. It awakened me to mortality and, consequently, to life. And for this, I feel gratitude.

The fifth tragic loss in my life was Bruno’s, a high school friend. He succumbed to the injuries brought on by having nearly his entire body carbonized after a car crash. He was generous and kind, and reminded me that we cannot take with us anything from this life, this world. Not even our bodies, our vehicles of pleasure and pain, without which there is no life.

Lastly, there were two tragic losses that loved ones, close to me, experienced. Eugénie was younger than me and died from a brain tumor at 25. She craved life. And Alexandre was in his mid thirties and died in a plane crash. He was a gentle, loving soul. From them I learned that there will always be something left unsaid, undone, incomplete. And closure will come despite of it.

We go through life creating bonds. With people. Places. Stories. And then we have to let them go, one by one. Unlike what we are told as children, death does not greet us only at the end. It doesn’t happen in the distant future, when we die. Death is all around us, all the time. And our own is but the last. Everyone I know will die. Everyone who has lived has died. Everyone still alive will also die. And so will I.

Knowing this fills me with release, surrender. Or faith is perhaps a better word. Not knowing when or how it will occur still allows me to accept and trust its inescapable and necessary quality. And this, alone, makes every living moment unique and a once-only experience. Good or bad, everything is a part of the living realm and, therefore, precious and worthwhile. Feeling sad and grieving takes its toll after some time, and we tire ourselves out of sadness. The same comes from bliss or contentment. It too will pass. And that’s ok.

In Portuguese, we have a word, saudades, which is difficult to translate into other languages. In English, we say we miss someone; in French, someone is missing from us. Saudades, however, conveys more than longing or nostalgia. It can be and often is a pleasant sensation. Because if you experience saudades from a loved one, it is the very affirmation that there is something to be missed; that the love in which you two are embalmed is the same feeling that you wish kept you company at this moment.

I like this word, and there is something to be learned from the Portuguese poets in times of grief. When we loose someone, his or her absence is overpowering. And yet, in the lusophone world, we are taught to not discard our dead. Saudades makes their absence present. Pain can be transformed; grief will no longer be frightening; the dead may live on in our flesh and groins. And we need never be alone.

We must admit there will be music despite everything*. 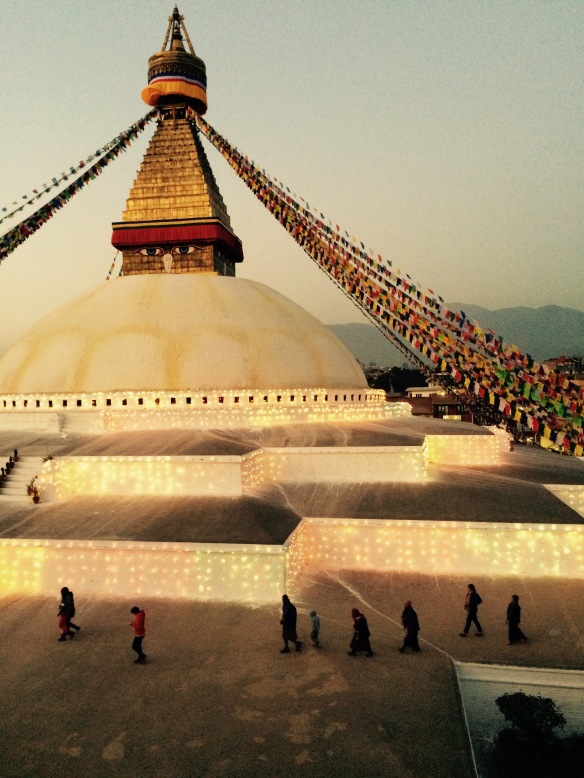 *From the poem “A brief for the defense”, by Jack Gilbert.